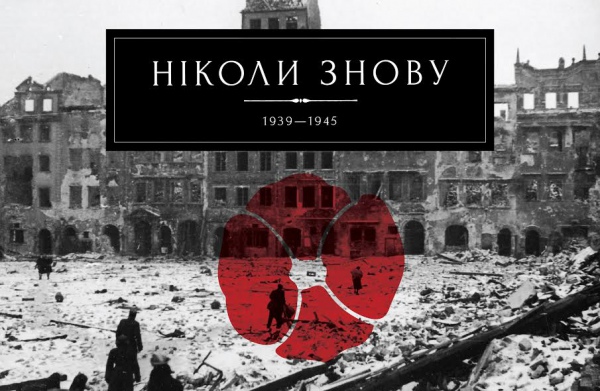 On May 8th-9th, 2018, Ukraine together with other European countries celebrates the Day of Remembrance and Reconciliation and the 73rd anniversary of the Victory over Nazism in the Second World War.

During 1250 days and nights the Ukrainian people, together with representatives of other peoples of the Anti-Hitler coalition, were in the midst of bloody battles. In total in the Second World War, one in five Ukrainians died, almost every family suffered irreparable losses. As a result of hostilities, more than 700 Ukrainian cities and tens of thousands of villages were destroyed. According to historians, the total demographic losses of Ukraine – including those killed, the victims of concentration camps, deportees and evacuated – make up at least 14 million people. Of the 41.7 million people who lived in the Ukrainian SSR before the war, only 27.4 million remained in 1945.

The best representatives of the Ukrainian people were among the heroes who, at the risk of their own lives, saved others. According to the National Memorial to the catastrophe and heroism Yad Vashem, 2,472 Ukrainians who saved lives for Jews during the Holocaust were awarded the title “Righteous Among the Peoples of the World.”

During the Second World War, the front twice went through the entire territory of Ukraine. Through Kharkiv – the second largest city in the country – the front was four times.